“Silbo Gomero (Spanish: silbo gomero [ˈsilβo ɣoˈmeɾo], ‘Gomeran whistle’), also known as el silbo (‘the whistle’), is a whistled register of Spanish used by inhabitants of La Gomera in the Canary Islands to communicate across the deep ravines and narrow valleys (gullies) that radiate through the island. It enables messages to be exchanged over a distance of up to 5 kilometres”

Wonderful that a whistling language exists; doubly wonderful that somebody wrote a song about it. Especially for those of us who remember the Clangers.

Bonus; from wikipedia of course; a dialogue in Silbo Gomero. 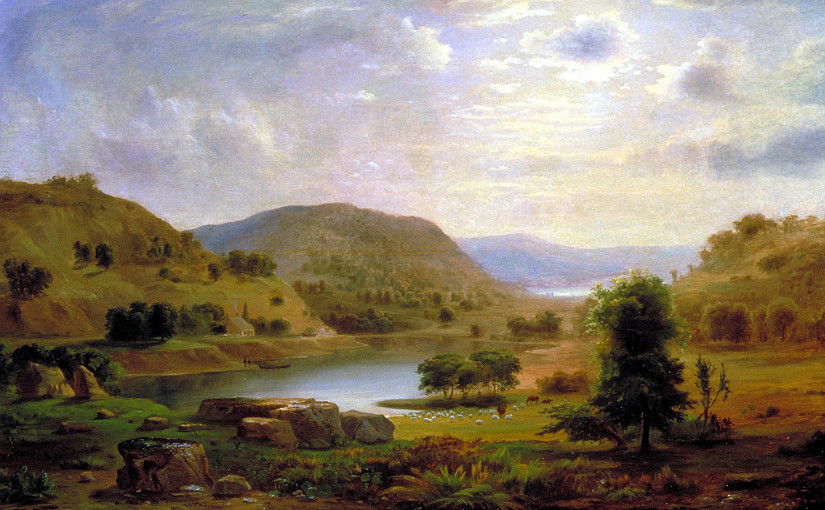 Joseph Canteloube was a composer who also collected traditional French folk songs. His most famous collection being “Chants d’Auvergne” (Songs of the Auvergne) of which Baïlèro is one. It is sung in the Auvergnat dialect of the Occitan language; a language still spoken today in the south of France and some parts of Northern Spain.

It is something of a paean to a shepherd; separated – perhaps from his lover – by a stretch of river.

Shepherd, the meadows are in bloom.
You should graze your flock on this side,
Sing baïlèro lèrô

The lyric baïlèro lèrô is apparently untranslatable – we’re all the better for that, I think.

Yes, I know it’s not the Auvergne; but it’s the right kind of scene isn’t it?